Rice bran oil is the oil extracted from the outer covering of rice, which is called rice bran. It is known for its cholesterol-lowering benefits, but it is not an overall healthy oil. In my opinion, it is not good for bones and joints. It may lead to osteoarthritis and joint pain at an early age if you continue using it. If you eat 3 different fruits and vegetables and cook your food in good fat like cow’s ghee or coconut oil, you must not use any refined oil in your kitchen. Rice bran is a waste product of rice because a few people eat rice with its bran i.e. brown rice. Rice bran in its natural form is good for health, but its oil will not be. Because rice bran oil extraction is not possible without chemical solvents, at least at commercial level. There are different extraction methods –

You cannot get cold-pressed rice bran oil as you can get from coconut, sesame, sunflower or peanut. So, you are eating slow poison in name of cholesterol-lowering oil. Recent studies say high cholesterol has no role in heart diseases. So, companies are befooling you because you trust television advertisements. Let’s see what Dt. Sneha has researched in this regard. – Dr. Jagdev Singh

Studies have covered various health benefits of rice bran oil, where the cholesterol-lowering property of this cooking oil is the most important benefit.

Rice bran oil is obtained from the outer covering of the rice, which is lost during processing of rice. The crude oil then undergoes various steps of physical and chemical refining to obtain an acceptable product.

During the process of refining, rice bran oil may lose some of the important nutrients that enhance health. This lowers its nutritive value and makes it less healthy than other unrefined cooking oils.

Why is Rice Bran Oil Not Good Cooking Oil?

Here are 5 reasons why rice bran oil may not be the best cooking oil:

Rice Bran Oil has no Naturalness

It is very well-known that processed foods are unhealthy because they are likely to lose their ‘naturalness’. Rice bran oil is not unrefined or cold pressed. It undergoes a series of refining processes to obtain a stable product with a long shelf life and a high smoke point. The steps of refining are:

After undergoing all the above-mentioned processes, rice bran oil is made. As compared to other unrefined or cold pressed oils, rice bran oil loses its natural state, which makes it less healthy than other unprocessed oils. (1)

What is the impact of rice bran oil refining on the oryzanol content?

Oryzanol is a healthy substance present in rice bran oil. It is also available in the form of supplement, but it naturally occurs in rice bran and wheat bran. Beneficial properties of oryzanol include:

Studies have observed that some amount of oryzanol is lost during the process of refining rice bran oil.

An interesting research found that 12-59% of oryzanol is lost during caustic refining process. It was further stated that alkali treatment removes a considerable amount of the oryzanol (93-94.6%), while degumming and dewaxing do not affect the oryzanol content.

Loss of such an important healthy compound outweighs the beneficial effects of rice bran oil on health. Hence, after refining, the amount of oryzanol left in rice bran oil is small, which is unlikely to have a positive effect on the health. (2, 3)

Consuming high amount of omega-6 fatty acids and low amount of omega-3 fatty acid can have a detrimental effect on health. Rice bran oil has a similar composition. This vegetable oil is dominated by the high percentage of polyunsaturated fatty acids.

Its high omega-6 fatty acid content can give rise to inflammatory markers and increase the risk of both heart disease and cancer. Hence, this oil may not be suitable for individuals with low omega-3 fatty acid intake. (4)

Studies have indicated that rice bran oil is a valuable cooking oil, but its edibility is limited in certain parts of the world because it has a high fatty acid composition.

It was further found that oil obtained from the bran produced during milling of parboiled rice has a different fatty acid profile as compared to un-parboiled bran oils.

Though rice bran oil is a good source of monounsaturated fatty acids (healthy fat), it is also a dominant source of saturated fats, the unhealthy type.

Palmitic acid, a type of saturated fat is higher in parboiled rice bran oils as compared to the un-parboiled variety.

Metals are often detected in vegetable oils and fats, and rice bran oil is one of them. Rice bran, which is the outer covering of the rice grain, has a high metal concentration. Because rice bran oil is obtained from rice bran, some amount of metals is extracted along with the crude oil during extraction processes.

Oils with a high metal content are more susceptible to oxidative deterioration, which further causes peroxide formation. This gives rise to free radical production that are capable of lipid oxidation, which deteriorates the quality of food.

An oil with a peroxide value of less than 10 meqO2/kg is considered fresh. Studies have found that rice bran oil has a peroxide value of 31 meqO2/kg, which falls under the category of rancid oils. Rancid oils are those, which have an abnormal taste and smell and they can tend to get spoil quickly. This is a result of high concentration of iron and copper in crude rice bran oil.

Furthermore, enzymes present in rice bran oil cause breakdown of triglycerides to glycerol and free fatty acids. These free fatty acids are more prone to spoilage and off-odors, that may make it unfit for consumption. (6, 7)

Though rice bran oil might be beneficial for health if unrefined and cold press, which is rare in India. You are eating rice bran oil extract through hexane solvent. Hence, it becomes difficult for the populations to decide whether this oil should be used for cooking or not.

However, unrefined oils are healthier than refined oils because they have a higher flavor and nutrient content. Therefore, it is better to choose a cooking oil, which is closer to its natural form or is minimally processed. Choose wholesome foods and cold pressed oils.

What Happens If You Eat Too Much Salt

Does Ayurvedic Medicine Have Side Effects? 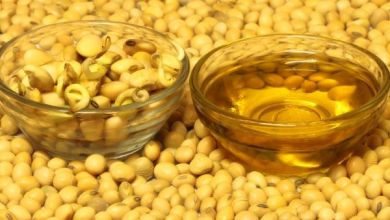 8 Reasons why should you avoid Soybean Oil in Cooking