Rock Salt (also called Sendha Namak in Hindi and Saindhava Lavana in Sanskrit) is naturally occurring mineral form and isometric crystals of Sodium Chloride. Its color can vary according to a variety of impurities present in it.

Ayurveda recommends the regular use of Sendha Namak in your foods. You should not use other types of salts in your cooking.

The best form of Sendha Namak used according to ayurveda is white or colorless. However, red pinkish rock salt is also used, which is also called Himalayan Pink Salt. White and Pink varieties are best for regular use in cooking.

Both are good for health and used in ayurvedic medicine. You can use these varieties. Sometimes, we doubt the white variety of rock salt, which might be adulterated with sea salt. So, we always prefer Himalayan Pink Salt.

All other forms of rock salt including dark or light blue, purple, gray, dark black, orange and yellow are not considered the best form of Sendha Namak.

Black salt or Kala Namak is also a type of rock salt, which contains sulfur content in addition to sodium chloride. According to ayurveda, it is second best salt for using in food after white Sendha Namak and pink Sendha Namak.

Sendha Namak (Rock salt) is a mineral form and is isometric crystals of Sodium Chloride. It may also contain other elements like magnesium, potassium, manganese, iron, zinc, etc. Mined rock salt is suitable for human consumption.

However, it is significantly low in iodine, but it contains a fair amount of trace minerals, which makes it perfect for eating in a regular diet.

According to Bhavprakash Nighantu, Sendha Namak has the following properties.

Sendha Namak (Rock Salt) is used as a supportive ingredient in ayurvedic medicines, which are mainly beneficial in digestive ailments. Here are some main beneficial effects.

Best Salt for Daily Use

According to Ayurveda, Sendha Namak is the best salt that you can use in daily cooking. It balances three doshas (Tridosha). It is best for overall digestion and metabolism. It improves appetite. It is the only salt that has cooling effects. It is beneficial for eyes and overall health.

Also Read: Which Salt is Best according to Ayurveda?

Rock Salt has digestive stimulant properties, which might be due to its trace minerals. It promotes digestion and improves appetite.

Rock Salt is antacid, so it decreases acid production in the stomach. It also prevents acid reflux, which may result in heartburn.

In ayurveda, Sendha Namak is used with Saunf (fennel seeds), coriander powder and cumin seeds for reducing acidity in the stomach and improving digestion.

For this purpose, using rock salt with garlic paste is best. You can also eat a slice of ginger sprinkled with rock salt for reducing abdominal distension.

According to ayurveda, rock salt is a fat burner. It improves metabolism in the body inhibits cravings for foods. The fat burner effect of rock salt is due to trace minerals present in it. However, its effect on eliminating fat is not significant, but you can use it as supportive therapy in weight loss. It also helps to remove dead fat cells.

Rock salt assists other anthelmintic medicines to eliminate worms from the intestines. In ayurveda, Vaividang is commonly used along with rock salt for this purpose.

As supportive therapy, it can also be good for patients with asthma, bronchitis and frequent upper respiratory tract infections.

According to ayurveda, Sendha Namak (Rock Salt) balances Tridosha. So, it should help in every disease including high blood pressure. However, it may not affect blood pressure significantly if you don’t correct your diet. If you follow the ayurvedic diet plan, then you might get rid of high blood pressure naturally.

Rock Salt also contains trace minerals like magnesium, potassium, zinc, iron and other minerals. However, the amount of these minerals is insignificant to control blood pressure. Still, it is better than all other salts due to its micronutrients.

It is considered better than other salts for hypertensive patients when taken in moderation (less than 3.5 grams per day) due to the complexity of salt and its minerals.

Can we completely shift to rock salt or black salt instead of table salt?

Rock salt also contains a minute amount of iodine. If you don’t have iodine deficiency, you can completely shift to rock salt without any problem.

However, if you are clinically diagnosed for iodine deficiency, you should use salt fortified with iodine. In such a case, completely shifting to rock salt is not advisable because it contains lesser amount of Iodine as compared to salt fortified with iodine. The most advisable way is mixing rock salt and table salt in equal quantity and using the mixture instead in such cases.

Which salt is best according to ayurveda?

How much Salt can You Have in a Day?

How to Reduce Salt Intake?

Which salt is best according to ayurveda?

How much Salt can You Have in a Day?

How to Reduce Salt Intake? 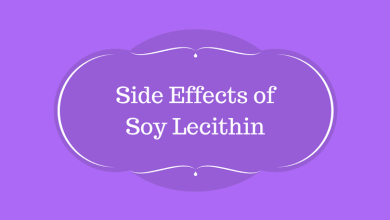 Side Effects of Soy Lecithin 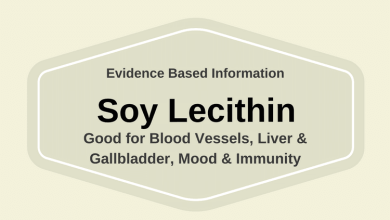 What Happens If You Eat Too Much Salt 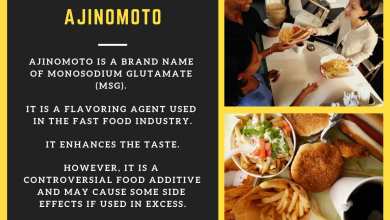 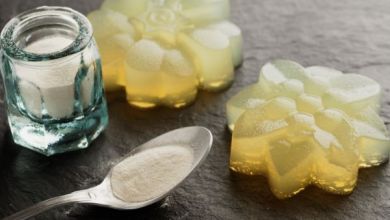