Traditional Tibetan medicine is an ancient system of medicine that is believed to have been originated several centuries ago. It is also called Sowa-Rigpa medicine. It follows a complex approach for the diagnosis of diseases that incorporates techniques like pulse and urine analysis. It also promotes the modifications in the dietary habits and behavior or adaptive abilities of the patient for restoring health. The medicines in this system contain natural substances like herbs and minerals in combination with physical therapies such as moxibustion and Tibetan acupuncture to treat illnesses.

The Tibetan system of Medicine is based on the concepts proposed by the Indian Buddhist texts such as VAJRAYANA and ABHIDHARMA TANTRAS and the Ayurveda. It is practiced in several countries across the world including India, Tibet, Nepal, Siberia, Bhutan, Ladakh, Mongolia, and China. Recently, its use has become prevalent in some parts of North America and Europe. It accepts the Buddhist beliefs that any illness is the result of three poisons.

The Traditional Tibetan medicine also follows the concept of Four Noble Truths advocated by the Buddha, which applies the logic of medical diagnostic to the sufferings of patients to restore health.

During eleventh and twelfth centuries, the Indian culture was introduced to the Tibet resulting in the spread and wide recognition of a number of medical texts from India. The medical texts were translated in the Tibetan language so that it was easily understood and could be followed by the people in this country. For example; Rinchen Zangpo translated Ayurvedic Astāngahrdayasamhitā, which forms a collection of the knowledge of medicine from Vagbhata, into Tibetan. Tibetan population absorbed the Abhidharma literature from India such as Abhidharmakosasabhasyam by Vasubandhu that expounds upon several medical topics including fetal development.

The twelfth century also witnessed the spread of a broad range of Vajrayana Tantras that comprised of the practices that were based on the human anatomy into Tibet.

It was believed that the concept of Four Tantras, which were called Rgyud Bzhi in the Tibetan language, was narrated by the Lord Buddha. However, some consider it to be the work of Yuthok Yontan Gonpo.

Believers in the Buddhist origin of this concept and its subsequent spread to Tibet are of the opinion that it was first developed and taught in India by the Buddha who manifested as the ‘Master of Remedies.’ Later, in the eighth century, the concept was translated by Vairocana and offered to Padmasambhava who concealed it in a monastery called Samye. It was rediscovered in the second half of the eleventh century and later, found a place in the hands of Yuthog, the Younger, who added the elements of Tibetan medicine to the concept of Four Tantras. This explains the presence of Indian elements in the Four Tantras.

However, this opinion is refuted by the argument that if it was created by Buddha, Rgyud Bzhi would have been the Sanskrit version. But, since there is no Sanskrit version and no Indian practitioner ever received any undisturbed lineage of the Rgyud Bzhi, the later belief that it was the work of Yontan Gonpo has been granted more authenticity. Yet, the provenance remains uncertain.

The Concept of Four Tantras

The Four Tantras or Gyushi refers to the Tibetan texts that incorporate Indian, Greco-Arab and Chinese medical systems. The Four Tantras concept, which probably originated in the twelfth century, is considered the foundation of the Tibetan medical practices even today. It means the texts of the Secret Instruction for the Tantras regarding the Eight Branches, which form the essence of the Elixir. It gives prime importance to the medical doctrine based on four perspectives, which include Root Tantra, Instructional Tantra, Exegetical Tantra, and Subsequent Tantra. The manifestation of these perspectives was expounded by Sage Vidyajnana. The role of the Tantras is to maintain the humors in the body, the wind, bile, and phlegm, in balance. The perspectives of the Four Tantras are described below:

Root Tantra forms the general outline for the Tibetan Medicine that includes the concept of three humors in the living organisms and the effect of any imbalance in them on the body, which results in the development of a disorder. The Four Tantras proposes the use of visual observation for diagnosing diseases predominantly through the examination of pulse, urine, and tongue.

It discusses the theory of Four Tantras in greater detail and gives a general base for the subjects like anatomy, physiology, embryology, psychopathology, and treatment.

It is the longest Tantra that mainly involves a practical usage of the knowledge of the other Tantras for the treatment of patients. It explains the concept of illness and the role of humoral imbalance in causing them. It also discusses specific treatments for these diseases.

This section discusses the methods for the diagnosis and treatments and includes the preparation of medicines. It also includes different methods of treatment such as cleansing of the body from within as well as externally with techniques like moxibustion, minor surgeries, and massage.

Tibetan Medicine has proposed a definition of health, according to which it is essential to maintain the balance in the three principles or concepts of function, also called humors, that includes:

It is the source for the ability of the body to circulate substances such as blood and energy. It is also responsible for the easy transmission of nerve impulses as well as the non-physical elements like thoughts. It is believed that the materialism expression of the mind forms the rLung during embryological development. It has five distinct classes of rLung each having a specific location and function:

It possesses the qualitative and quantitative features of heat and forms the source of functions like thermoregulation, liver function, metabolism, and intellect. It is the expression of aggression by the mind that forms the mKhris-pa during embryological development. It has five distinct classes of mKhris-pa each having a specific location and function:

It has the qualitative and quantitative forms of cold, and forms the source for functions like digestion, mental stability and maintenance of the physical integrity, and joint health. It is the ignorance expression by the mind that forms the Bad-kan during embryological development. It has five distinct classes of Bad-kan each having specific functions and locations:

Traditional Tibetan medicine also advocates the principles of Jung-wa-nga, and Ngepa-Sum, which are called the Panchamahabhutas and Tridosha in the Sanskrit Ayurvedic texts, respectively.

It believes that a human body, as well as all the other living and non-living objects in the universe, are composed of Jung-wa-nga, which includes 5 elements – Sa, Me, Lung, Chu, and Nam-kha. These elements are known as the Prithvi, Agni, Vayu, Jal, and Akash, respectively, in the Ayurvedic system of medicine. The pathology, physiology, Pharmacology and the Materia Medica of the Tibetan system are based on these theories.

It believes that the body enters a state of disorder when the proportion of these elements is not in balance. Tibetan medicine proposes the use of medicines and a healthy diet for correcting this imbalance and restoring the health.

In the body, these five elements are present in the forms of Ngepa-Sum (Tri-dosa), Dri-ma-Sum (Trimala) and Lus-sung-dun (Sapta Dhatu). These elements also exist in the drugs, foods and drinks in the forms of Ro-dug (Shast-rasa), Zhu-jes (Vipaka), Nus-pa (Virya), and Yontan (Guna). It is in the context of this concept that a physician should use his knowledge, experience, and skills for treating a patient while using the principle of similarity and dissimilarity of five elements (Samanaya and Vísesa).

Dr. Jagdev Singh (B.A.M.S., M. Sc. in Medicinal Plants) is an Ayurvedic Practitioner and Herbalist. He has successfully treated thousands of patients with Ayurveda (including Herbal Ayurvedic Medicine and Ayurvedic Diet). Ayur Times is an initiative of his efforts to bring quality information on Indian Medicine with the highest level of relevancy and scientific evidence.

How to Prevent Coronavirus Infection? 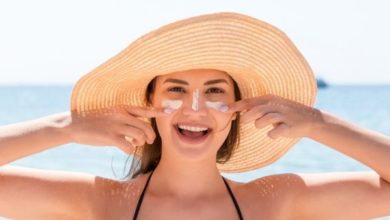 Metallic Taste in Mouth During Pregnancy

St. John’s Wort can cause Side Effects with Prescription Drugs

Which medicines can cause kidney failure?